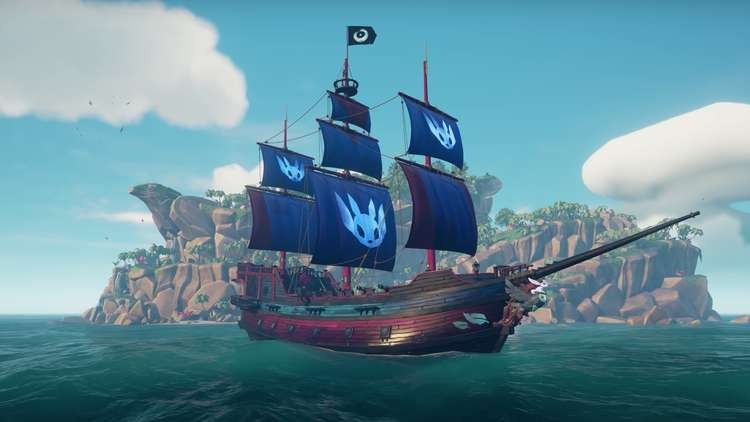 Pirates with a penchant for the prettier things in life, and for advertising their position to enemies by turning their vessel into a huge, iridescent beacon, have another chance to grab Sea of Thieves’ really rather lovely Ori-themed ship set this weekend.

The giveaway forms part of Rare’s Talk Like a Pirate Day celebrations, and begins this Saturday, 19th September. To participate, you’ll need to connect your Xbox Live account to Twitch and view an affiliated streamer’s channel for 30 minutes.

Doing so will reward you with one piece of the (distinctly glow-y) Ori-themed Ancestral Ship Set, and there’s a new piece up for grabs every day until 24th September, meaning you’ll need to pop back frequently to get the whole set.

Rare’s also announced that it’s holding a Sea of Thieves Free Play weekend as part of its Talk Like a Pirate Day celebrations, and proceedings are already underway. Curious Xbox Live Gold subscribers can get a taste of the nautical life from now until Sunday, 20th September, and notably, but considerably less pirate-y, Hunt: Showdown and Warhammer: Chaosbane are having Free Play events this weekend too.

Sea of Thieves has had a cracking 2020 so far, and Rare has brought a whole fleet of new features to the ocean-faring multiplayer adventure – including a new Emissary system, ghost ship battles, new Gold Hoarder quests, and, of course, dogs – so now’s an excellent time to get your feet wet if you haven’t already done so.

And as extra incentive, Sea of Thieves is holding another Gold & Glory event from tomorrow, 18th September, until Sunday, 20th September, offering all players double the usual gold and reputation gains when handing in their spoils.