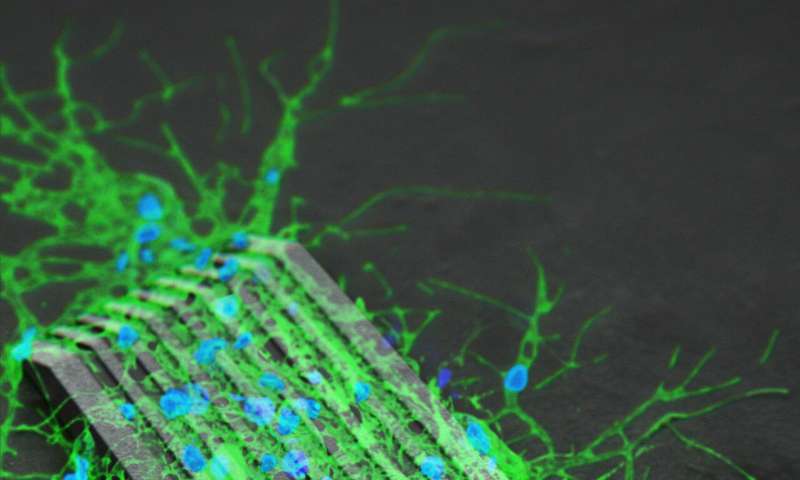 A team of researchers affiliated with several institutions in South Korea has created microrobots that are able to serve as bridge builders between rat nerve cell networks. In their paper published in the journal Science Advances, the group describes how their microrobots were constructed and how well they served as a bridge builder between neural networks.

Scientists have taken many approaches to study of the brain. One way is to try to grow a brain from nerve cells. Prior work has shown that it is possible to grow a network of neural cells on a glass plate Such a network is, of course, 2-D. In this new effort, the researchers have taken a step toward the creation of a 3-D neural network by devising a way to connect 2-D neural networks using microrobots.

The researchers suggest that it is possible to build neuronal bridges as part of an effort to connect existing neuronal networks, and also note that it could lead to use in repairing nerves in injured patients.